skip to main | skip to sidebar


[ACHTUNG!: There is a picture of an old motel bathroom with some truly lamentable 70s wallpaper in this post. It may make you feel bad. You have been warned.]

In my ongoing quest to visit as many of the famous and not-so-famous sites in the general Utah/Colorado/Idaho/Nevada/etc. area before I move out of the state at some point in the indeterminate future…

Ok, I lost track of that sentence. The point is that I’ve made a list of all the places I want to go, and one of my goals is to get to all of the national parks in the region.

And that’s why I found myself (with Aitch) driving towards Great Basin National Park—right across Utah’s western border with Nevada—one fine (hot) Friday afternoon in August.

But who has ever heard of Great Basin National Park?

Nobody, that’s who. In spite of the fact that it’s only a few hours’ drive from Salt Lake City, St. George, Moab, Capitol Reef, Bryce Canyon, and Zion, Great Basin is one of the ten least visited national parks in the United States (most of the other least visited parks are in Alaska.) Whereas Zion NP in Southern Utah receives nearly 3 million visitors a year, Great Basin receives a measly 80,000. In fact, the park is so unknown that they don’t even charge you a fee to get in.

As far as I can tell, there are two reasons for the park’s obscurity:

A.      It’s in the Middle of Nowhere. Literally.  To get there, you drive a few hours into the Utah desert—and then you keep on driving. And driving. It’s no coincidence that the main road that runs past the park is nicknamed “the Loneliest Highway in America.”

Of course, the obscurity of the park has its benefits—or so they say. For one, owing to the fact that the nearest town of any size is more than a 100 miles away, it has some of the darkest skies in the country. The dark skies apparently allow for some really great stargazing.

Unfortunately, it was cloudy both nights we were there so we missed out on that benefit.

Another benefit is that, if you like solitude, this park has it in spades.

“Oh, we don’t allow reservations because our campgrounds never fill up,” one of the Park Rangers explained when we called a few weeks ahead of our trip.

Motels (and Other Horrors?)

Of course, the night we got there all the campgrounds were completely full and we had to stay in a motel. A gross, stinking motel that looked like it hadn't received any upkeep (or had any of its decor/furniture replaced) since the 70s. I think I slept about two hours that night - because my bed made loud noises every time I moved and because motels are creepy.

The park itself is actually nice. As you’re driving towards it, it doesn’t look like much. But then you start driving up a mountain—Wheeler Peak—and you pass flocks of wild turkeys looking ridiculous as they cross the road and you can kind of see the appeal. Wheeler Peak itself is quite distinctive and impressive (it’s the home to the only glacier in the state of Nevada), and once you’re up there the sheer flatness and vastness of the surrounding desert landscape is quite impressive (the top of the Wheeler Peak Drive is at about 11,000 feet. The desert floor is about 4,000 feet.) 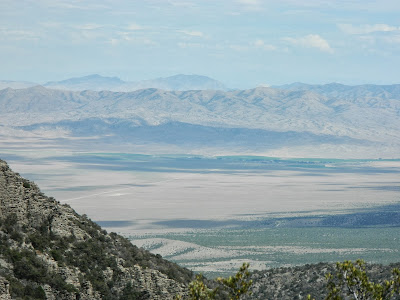 Lehman Caves and, also, a Lizard

So after the disappointment of that first night (motels stink, literally), we were able to find a campground for the next night and then take a tour of one of the park’s two main attractions: Lehman Caves.

The caves had lots of cool features, but the very best feature was the temperature: A consistent 50 degrees Fahrenheit. The temperature at our campground was nice (and breezy), since it was located at 11,000 feet—but the temperature in the desert wasn’t as nice so the caves were a very pleasant break. It's hard to take good pictures in caves - at least my camera - so forgive the quality. You'll have to take my word for it that they were much more impressive in real life. (And cool. Did I mention that they were cool? As in pleasantly-not-hot?) 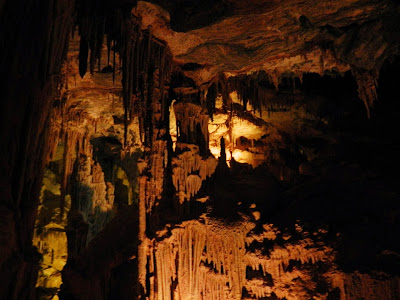 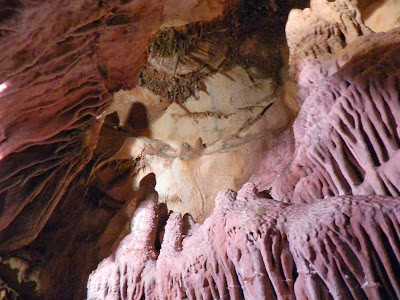 The Bristlecones, and other Old Things

Sunday morning I took a hike up from our campground to the second main attraction of the park (located at about 12,000 feet above sea level): The Bristlecone Pine Grove. 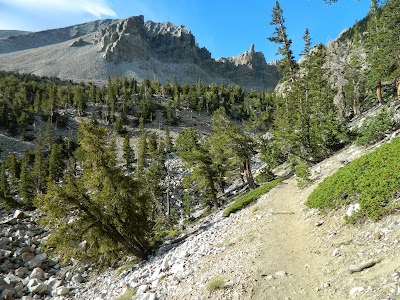 Bristlecone Pines are the oldest known single living organisms in the world (there are some “clonal colonies” that live longer by constantly cloning themselves, but they're cheaters so they don't count.*) [*Incidentally, one of the largest "clonal colonies" in the world - a grove of quaking aspens that's supposed to be about a million years old - is located in central Utah. I'm already planning to visit it next year.] 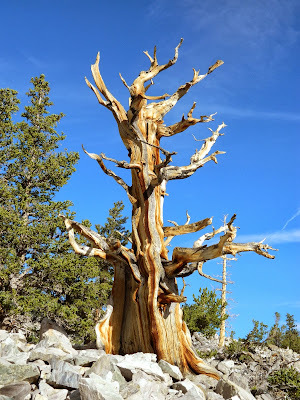 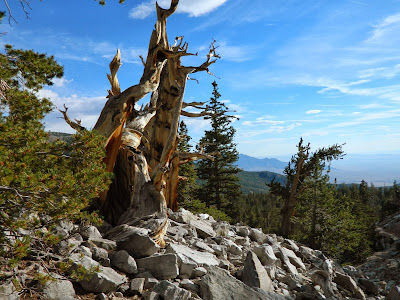 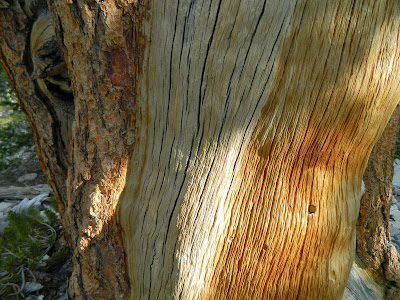 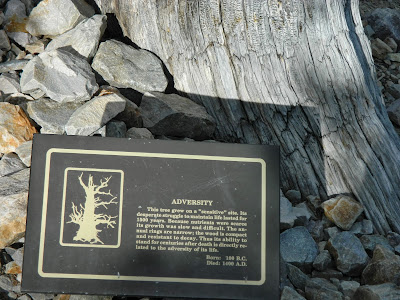 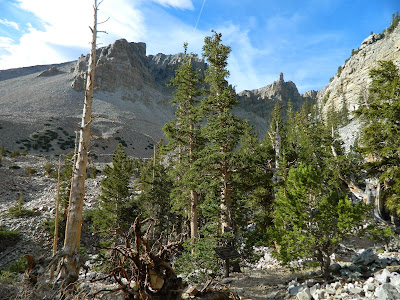 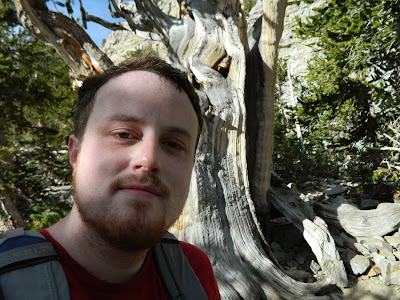 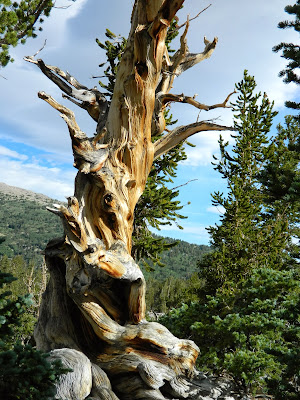 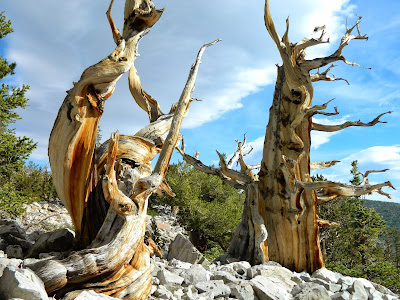 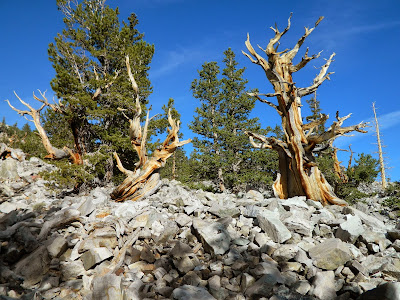 These things are old.

And the hike up to them was very beautiful, and satisfying (note to self: Go on more hikes.) There was something very peaceful (and even comforting) about standing near the top of a mountain in this grove of ancient organisms.

Since I had already hiked a few miles to see the trees, I decided to go just a little bit farther (and a little bit higher) to see the Wheeler Park Glacier. Which, as it turns out, is just a tiny patch of dirty snow.
But, hey! Glacier! 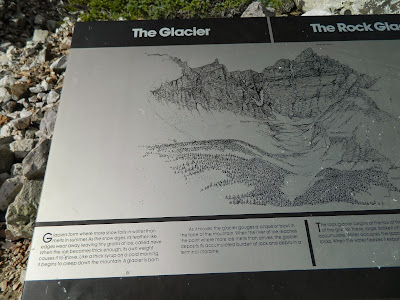 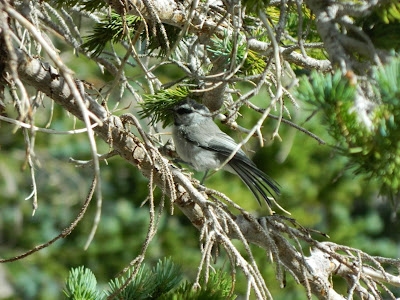 If you can only visit five national parks within a five-hour drive of Salt Lake City, Great Basin doesn’t need to be one of them. However, if you live in the area—or if you happen to be driving from, say, California to Utah—it might be worth the detour. But it’s one of those parks where you have to get out of your car and hike a bit to really appreciate—so only go if you know you can get tickets to the caves and if you’re ready to take the fairly strenuous Bristlecone Pike Hike.

...And back across the desert we go. 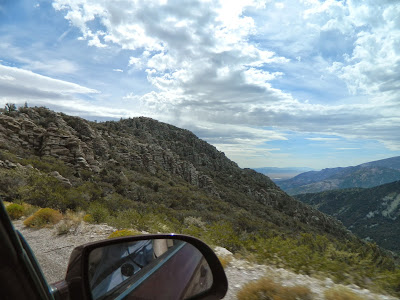 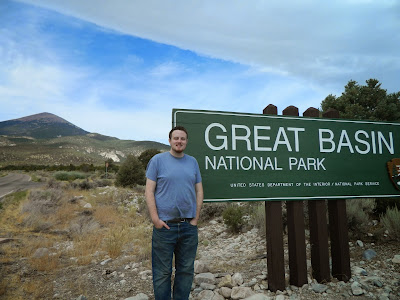 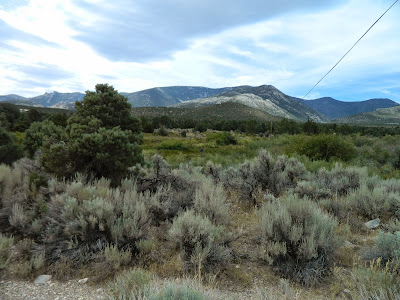 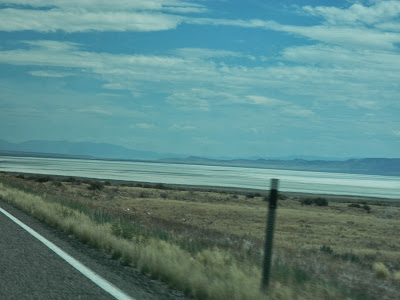 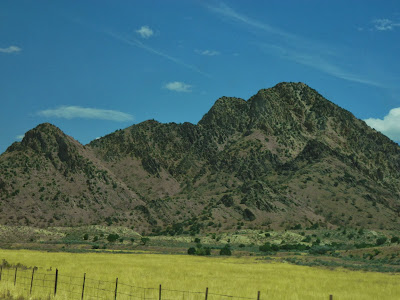 Great blog. Interesting glacier, but its in Nevada so amazing they have even one glacier. Love the story of the bristlecone trees. Were some of the formations in the caves colored they certainly look ornate and fairy taleish.

So how many of the national parks have you been to now?!

That hotel does look creepy. Not cool.

The park looks beautiful and the trail awesome! Did you hike up by yourself? Did you see anyone else on the trail?

Those are some old and cool looking trees!